Hooverphonic will take you to ‘The Wrong Place’ 🇧🇪 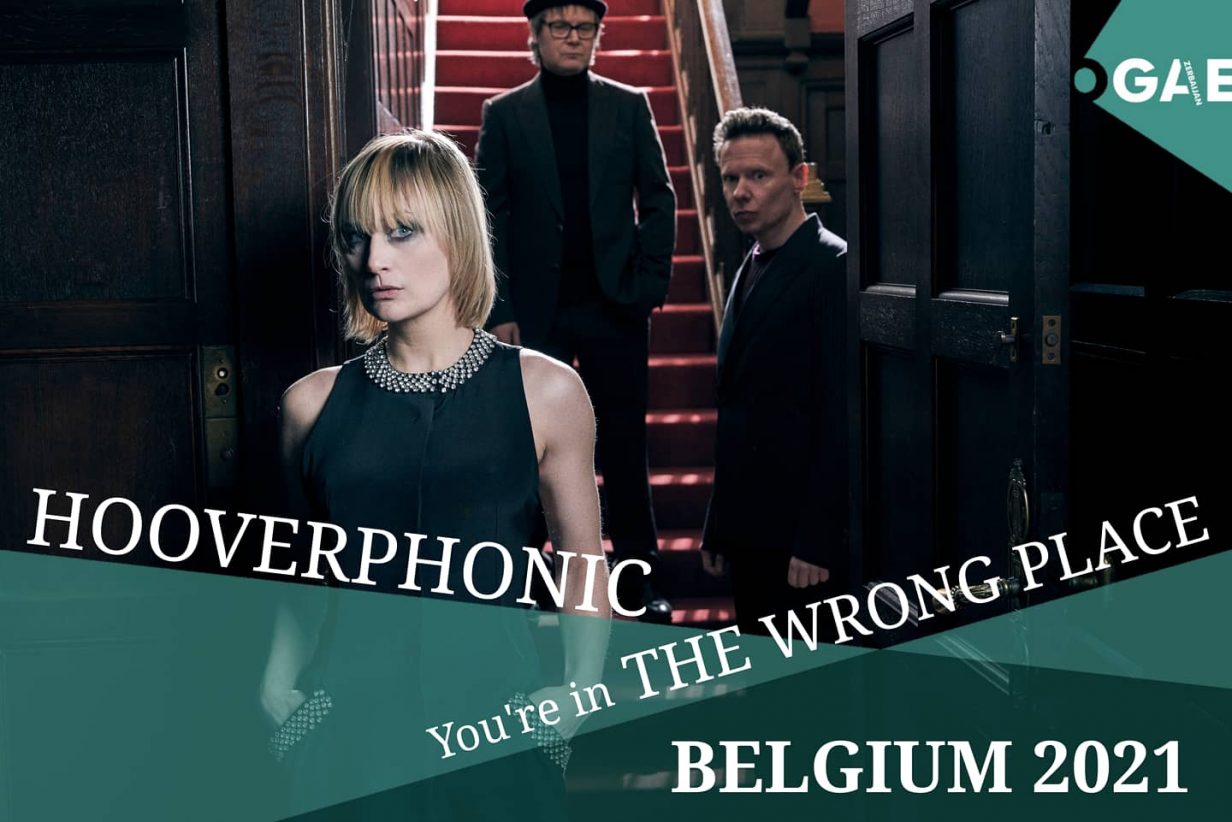 Belgium’s choice for the Eurovision Song Contest is Hooverphonic, a band which encompass alternative, electronica, electropop, rock, and a mixture of others. The band is the eleventh act of semi-final 1.

10 Facts that you would be tricked without knowing!

1. The group was founded in 1995 by guitarist/programmer Alex Callier, keyboardist Frank Duchêne, and guitarist Raymond Geerts. The band originally called themselves Hoover, but later changed their name to Hooverphonic after discovering other groups were already using the Hoover name and to avoid any legal issues with the vacuum cleaner company.

2. Even though, the band originally was created by three members, in 1998 one of the original members, Frank Duchêne left the band due to musical differences. The band still consist of three members:

Alex Callier (48) is one of the founding members. He studied sound engineering at the Royal Institute for Theatre, Cinema and Sound in Brussels. He is the main programmer/composer and producer, keyboard and bass player for the group and the ‘main musical force’. In 2000 he was awarded the ZAMU Award for best Belgian producer for the soundtrack of the film Shades. Interestingly, he also worked as a sound engineer for VRT, the Belgian Eurovision broadcaster. Alex Callier has also been a member of the jury of The Voice van Vlaanderen for several seasons.

Raymond Geerts (61) is also a founding member. He’s been the group’s guitarist since 1995. He also co-wrote some of the group’s songs, including ‘Inhaler’ – the first song by Hooverphonic, and songs like ‘Cinderella’ and ‘2 Wicky’. Geerts started playing drums in his youth, but later taught himself how to play the guitar. Raymond was also a member of band called ‘The Ditch’ for a while as its drummer.

Geike Arnaert (41) is the lead singer of the band. She first joined Hooverphonic in 1997 and is the voice most associated with the band. Geike left the group in 2008 but returned in late 2020, to many’s surprise, expecting to hear Luka Cruysberghs on this year’s Eurovision track, like last year’s ‘Release Me’. The vocalist for the band has changed several times, Lybeert, Liesje Sadonius, Kyoko Bartsoen, and Noémie Wolfs were all part of the band at some point.

3. While searching for a new vocalist, after Noémie Wolfs left the band, Hooverphonic worked with several guest vocalists. Among of the guests were Émilie Satt, who also represented France in Eurovision Song Contest 2018 as Madame Monsieur. One of the song which she performed was ‘Badaboum’, which she co-wrote with Alex Callier . Besides that, Émilie Satt also co-wrote ‘Cocaine Kids’.

4. In 1998, Hoverphonic went on a European tour, supporting names such as Moloko and Massive Attack. The band would later cover Massive Attack’s ‘Unfinished Sympathy’. For the band’s original songs, Alex write most of them, with the occasional help from outside, like for instance Émilie Satt mentioned above, or with writers like Cathy Dennis, who also wrote Toxic for Britney Spears.

5. They performed in the opening and closing ceremonies at the 2000 UEFA European Football Championship, which was co-hosted by The Netherlands and Belgium. Among the 50000 watching it live in the stadium was also the royal families of the host nations, and hundreds of million viewers were watching it at home.

6. The band was involved in Eurovision earlier than last year. Belgium’s Eurovision entry for 2018 by Sennek ‘A Matter of Time’ was initially co-written by Alex Callier, though the final version differed from how he had imagined it. Where he had envisioned more of a band vibe with a choir in the back, pulling in the audience, Sennek and the rest of the team ended up going for more diva-like feel to it instead.

7. The band has released more than 10 albums, and recently released their 25th anniversary compilation. The band’s next album, ‘Hidden Stories’, will be release May 7th.

8. Hooverphonic’s music has also been widely used in TV shows, including Baywatch, CSI, Sex And the City, and The Umbrella Academy; Movies, like Charlie’s Angles and Shades; and commercials, including for car brands like Toyota, Volvo, and Volkswagen.

9. Last year the band was supposed to represent Belgium at the Eurovision Song Contest with ‘Release Me’, but due to obvious reason they could not perform their song for Europe. This year the band come with an even stronger entry called ‘The Wrong Place’. The song is written by Alex Callier, as well as Charlotte Foret, who won the Voice of Belgium in 2019. Alex Carrier explained the song-writing, and how the idea came to add a line ‘Don’t you ever dare to wear my Johnny Cash T’shirt’:

“During a writing session with Charlotte, we heard Johnny Cash on the radio. While laughing we gave ourselves the challenge to put some lyrics about Johnny Cash in the song.”

10. The director of the music video is Jan Boon, who has previously also worked on other videos of the band. About the song and the video, the band said:

“This theatrical, dark humor is typical of Hooverphonic. We saw this with Jackie Cane, among others. Jan Boon created the perfect clip for this ‘scene from a non-existent film’. Tarantino meets Tim Burton, a fairytale world that becomes reality: visually completely Hooverphonic.”

Listen or relisten to Hooverphonic’s ‘The Wrong Place’ here:

Will Hooverphonic be in the right place, and go all the way to the Grand Finale and to the top? Let’s hear what you think!