It’s gonna be a HELL of a party! Are you ready for Elena Tsagrinou’s ‘EL DIABLO’? 🇨🇾 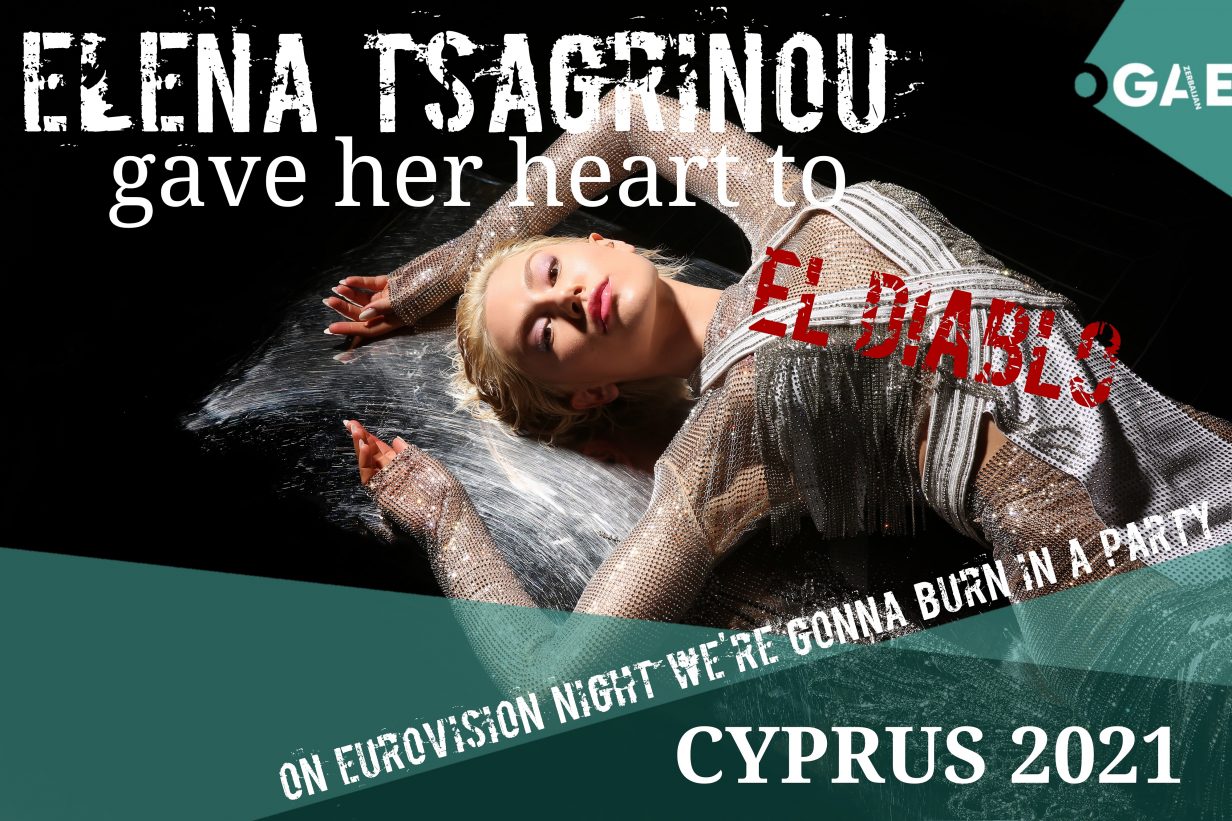 Elena Tsagrinou will represent Cyprus in the Eurovision Song Contest with her sensational ‘El Diablo’. She is the eight act, meaning closing the first half of Semi-Final 1.

Here is 10 burning facts you probably did not know about Elena Tsagrinou!

1. Elena Tsagrinou is one of the most talented and glamorous singers of the Greek pop scene. Elena was born on 16 November, 1994 in Athens, Greece.

2. At the age of 14 she took part in the talent show ‘Greece Got Talent’, reaching the semi-finals.

3. In 2013, 19-year-old Elena was selected by ‘OtherView’ as the band’s lead singer and released many hits with the band.

4. After 5 successful years with the band, Elena started her solo career releasing a single with the symbolic title ‘Pame Ap’ Tin Arhi’ (Let’s go from the start) written by Dimitris Kontoupoulos and Nikos Moraitis. ‘El Diablo’ is Elena’s 9th single released as a solo artist.

5. In 2017, Elena was a voice actor in the Greek translation and dubbing of the the animated movie ‘Smurfs: The Lost Village’, providing the voice of Smurflily — a character originally voiced by Ariel Winter, known for her role in the TV show Modern Family.

6. Throughout the years, she has performed at the biggest music shows in Greece and Cyprus, at a number of concerts and she has cooperated with many other famous Greek artists such as Konstantinos Argyros and MELISSES, just to name a few.

7. In June, 2020, the Cyprus Broadcasting Corporation announced that, following a mutual agreement with Sandro and his management and taking into consideration his schedule of commitments, the artist would not be representing Cyprus at the Eurovision Song Contest 2021. Thus, from the end of last year, Elena Tsagrinou’s Eurovision journey started, since the Cypriot broadcaster decided to send the Greek artist.

8. Cyprus brought an amazing team for Elena Tsagrinou, lots of them with experienced from the Eurovision scene. The song is written by Swedish Grammy Award winning Jimmy “Joker” Thornfeldt, who has produced several number 1 hits worldwide for artists like Jennifer Lopez, Usher, Nicki Minaj; Laurell Barker, who in 2019 co-wrote Luca Hanni’s “She Got Me” for Switzerland; Brazilian born songwriter Oxa; and Danish Thomas Stengaard who co-wrote the 2013 Eurovision winning song ‘Only Teardrops” by Emmelie DeForest. The stage director is Marvin Dietmann, who was also behind the staging of Conchita Wurst’s ‘Rise Like a Phoenix’, and the styling and costumes will be designed by internationally acclaimed Greek fashion designer Celia Kritharioti.

9. As soon as the song was released, Cypriot Christians were offended by the lyrics, and the name of the song, claiming it was blasphemous. They wrote a petition to get the act withdrawn from the competition, and terrorizing the broadcaster, that if the song is not withdrawn, they would burn the building of the broadcaster.

10. Elena Tsagrinou, said that she is not afraid of anything and she and her team are not planning to change any lyrics or title. She further said that she was not upset, but very surprised with the reaction since the song does not have the religious meaning, it is rather allegoric way of showing a toxic relationship.

What do you think does Elena Tsagrinou and her sensational ‘El Diablo’ has everything to win the whole competition? Comment below!