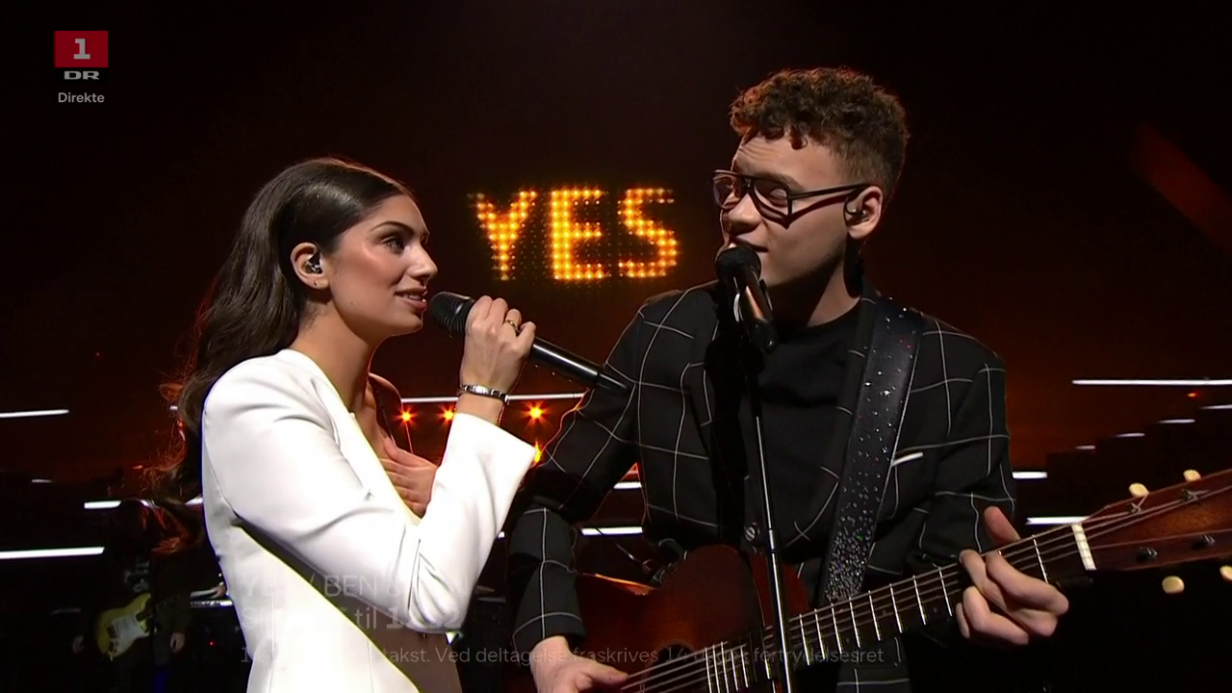 Dansk Melodi Grand Prix, The Danish national selection, took a somewhat unexpected turn of events before it even started, when the Danish Prime Minister Friday morning made a public announcement that the Danish government strongly recommended that all events with more than a thousand attendees should be cancelled or postponed. Shortly after, DR, the Danish Broadcasting Corporation, made the decision based on this recommendation, not to cancel the show, to go forward with the show but without an audience. So Saturday evening, the show went on air to an entirely empty arena, and the 9000 people who should have been in the audience had to watch from the television instead.

This year, Danish Melodi Grand Prix changed things up from recent year, in that they reintroduced a live orchestra. The Antonelli Orchestra was on the stage for all the performances, playing the music live. Meaning, no singing live to a prerecording of the music, which is otherwise the practice in Eurovision these days.

The ten acts on the stage tonight were:

While there were some indicators that they had to do last minute changes to the show and only had about 24 hours to change it from a show minded for an arena full of people to a pure televised production, overall the show was in top qua.

The votes of the jury were quickly combined with the televotes, and a top three were announced (in random order):

The three acts then performed again, and finally a winner was announced!