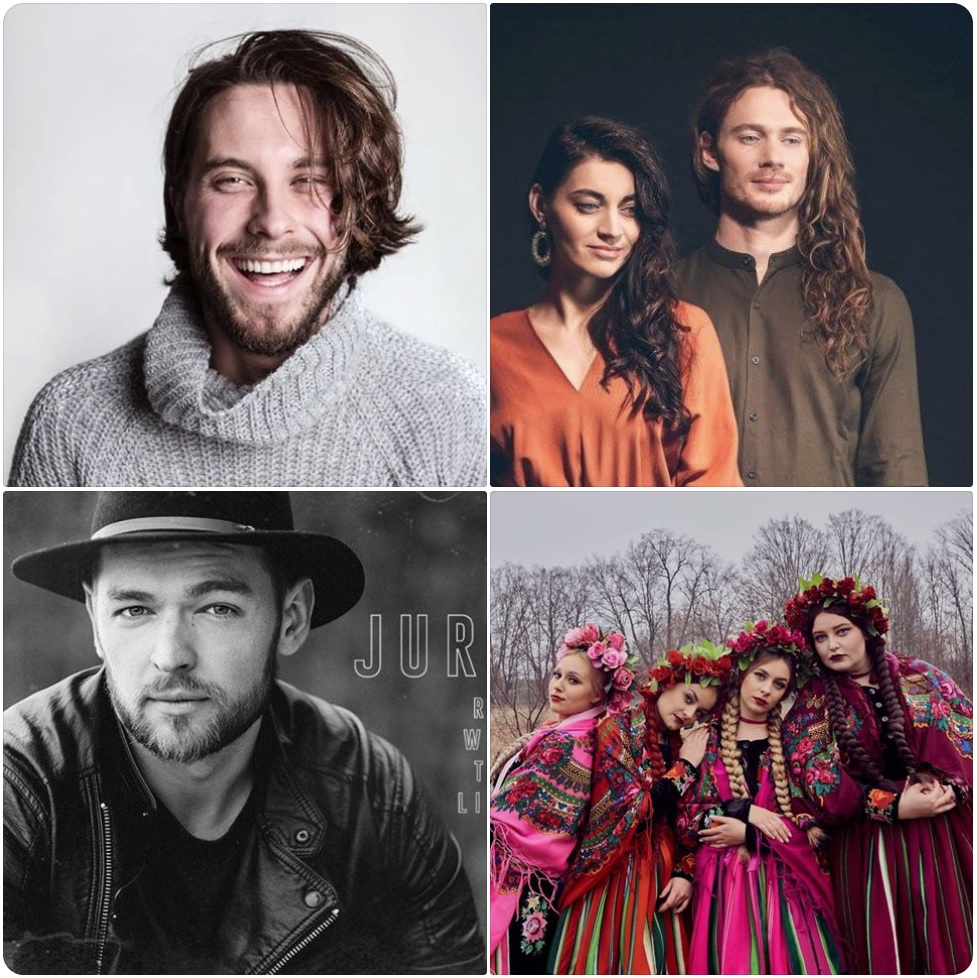 The Baltic countries always surprise us with their different tastes. This year is yet another where whichever genre you want, you will find it from Baltic countries. As a neighboring country to Lithuania, and also a Baltic Sea region state, Poland is included in this review. The other Baltic Sea states, Germany, Scandinavia and Finland, will be discussed as BIG 5 or Nordic entries at a later stage. But for now, it is Estonia, Latvia, Lithuania and Poland, so let’s start our review.

Estonia is one of the interesting countries, which sends amazing songs every year. But in recent years, it seems the country has been searchin how to bring the victory back to the country. Estonia was one of the first post-Soviet countries to host the Eurovision Song Contest, which they did in Tallinn in 2002, after Tanel Padar and Dave Benton’s win in Copenhagen the year before; which was also a show of diversity. They used the hosting of Eurovision to brand themselves with a new European identity or in their words as a Nordic country. Inability to host would have put the country in a hard position, but Estonia hosted it and brought Nordic modern fairytale to their beautiful country.

This year, we saw Tomi Rahula as the producer for Eesti Laul, taking over for Mart Normet. It was another year with great comebacks of Estonian Eurovision participants, such as Sandra Nurmsalu, Tanja & Birgit representing with a jazz band, as well as Sissi – the daughter of Dave Benton, the Estonian winner. But in the end it was the Swedish singer Victor Crone who won, singing a song by Stig Rästa, an Estonian composer, singer, and near musical royalty in Estonia. Stig Rästa previously also represented Estonia in Eurovision, together with Elina Born in 2015.

Victor Crone was heavily favored to win Eesti Laul, so much that even betting sites were using his picture to attract people to bet on the outcome of Eesti Laul. Surprisingly I like the song, even though I think Victor has to work on his vocals, as they didn’t sound perfect during Eesti Laul, but perhaps it was technical issues during Eesti Laul, as most of the songs were not sounding as well as they should. Fans are also crazy about ‘Storm’, some even comparing it Avicii’s music. Here I have to disagree though, even though I like Avicii, I do not see any similarities. Will Victor be the one to bring Eurovision back to Estonia?

Latvia was another country who offered us different genres in Supernova 2019. We had pop, rock, jazz. Supernova also brought us some veterans of Supernova, such as Edgars Kreilis, Samanta Tīna, as well as Markus Riva. But it was the jazz band Carousel who stole the heart of juries and viewers alike, scoring the top position from the jury, and top position in tele and internet votes from the viewers. Since the viewer votes in Supernova also includes listening numbers on Spotify and votes performed at Alfa, Carousel overall came in as second from viewers, but was still enough to crown them the winners and as representatives of the country.

From the very first time I listened to this song, I just loved it immediately. The melody of the instruments, as well as amazing vocals of Sabīne Žuga transports you to another world. The black and white effect gives it a retro look that visually takes us back in the past. Sabīne’s vocals are so beautiful, I would even say that she is a Latvian ‘Norah Jones’. However, I am a little afraid of it being in the second semi-final, as there are a lot of strong songs, and in the end it might not be a song that Eurovision fans will appreciate. But totally, I would listen to it over and over, because it makes me feel relaxed. Having talked and interviewed the artists of Carousel, on a personality level, they fell very reserved, which fits with the song very well. But they might have to learn to overcome that fairly quickly, if they want to survive the media frenzy that is Eurovision. But all in all, Good Luck Latvia! You are our favorites from the Baltic entries!

Lithuania, on other hand, surprised us by selecting Jurij Veklenko. I just do not know what to write about this entry, because I do not like the song. I do not like the voice and it is very mediocre song. Oh yes, maybe he has charm and if Lithuania can get votes with that, good for you. The song itself does not take me anywhere, it is just staying in one place. I do not think it will manage to qualify for the final. Also, even though Monika did a mistake by throwing her other song away, I so much hoped that it would have be her representing Lithuania in Eurovision this year.

Poland is another country who surprised me with their choice. Are we going back to bad-results-Poland? Tulia is an ethno band, which I do not mind. I personally love ethno songs, but exactly this song and their VOICE! Oh no, please – it is too much suffering. It is like there is something really disturbing in this song, I do not know whether it is mixture of ethno song and rock, or if it is the voices that do not harmonize with the music. This is one of the songs of the year, I would rather skip or make stop. I do not think it has big chances of reaching the final, but in the end the voters and juries will show what they decided.

For us, if we had to vote for Baltic countries it would be Latvia>Estonia>Lithuania=Poland. What do you think? Who will make to the final out of these four Baltic Sea nations?