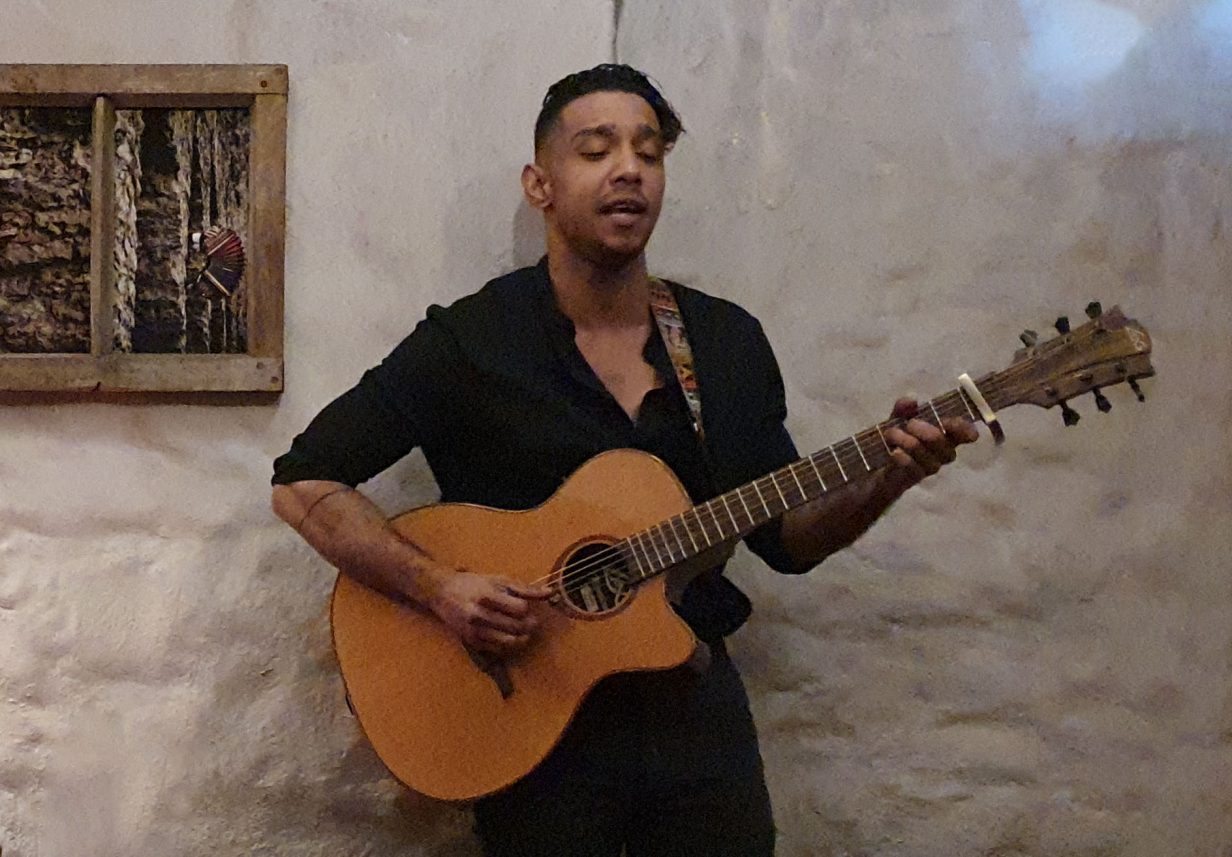 On February 14th, one of the Eesti Laul hopeful Hans Nayna gave a special gig for Valentine’s Day in one of Tallinn Old Town’s restaurants, Restoran Spot.

The artist greeted guests on all three floors of the restaurant and brought the romantic atmosphere for the ones who wanted to celebrate their Valentines Day.

It was one of the artist’s few gigs in Estonia over the past year, largely due to the pandemic. Previously he also did the opening act before Taukar at the Night of Ancient Lights (Muinastulede öö).

Back in November the Estonian broadcaster ERR revealed the artists for Eesti Laul 2021, and Hans Nayna is among them.

The artist has an amazing musical background. Coming from Mauritius Hans participated in ‘Run Star’ and was one of the finalist for the show. Coming back from the show, he created a new band called Five which helped him grow as an artist. In 2016 Hans Nayna released his first album called Music For The Soul. The album contained 12 songs, which were all written by the artist, as well as his famous Mo lam, which is the only song in creole language on the album.

At the Valentine’s gig yesterday, besides covering all time classics like California Dreaming, Fast Car, and newer songs like I Kissed a Girl, Hans also performed an acoustic version of his Eesti Laul song, One by One, which is written by the artist himself and produced by VHOT/Vahur Valgmaa.

We also managed to talk with Ott Kartau, the line producer of the music video for One by One, about working with Hans and what is needed for Hans to break into the hearts of the Estonians:

That’s why he wanted to perform in Eesti Laul to let people know who he is. Working with Hans is really interesting because he is a very talented person. His songs and ideas are great! As a person he is friendly and helpful, he has great sense of humor and lots of stories to tell.

Check the video below for a glimpse behind the scenes on how the video was created.

Previously we have seen international artists bringing good results in Eurovision for Estonia. Dave Benton, who is originally from Aruba, with Tanel Padar brought the victory to the country in 2001, while Sahlene, a Swedish artist, back in 2002 when Estonian was hosting the contest in Tallinn reached top 3. Recently in 2019 another Swedish artist Victor Crone represented Estonia, and reached the grand final and an overall 20th place in the competition.

Hans Nayna will compete in Semi-Final One, on this Thursday – February 18, broadcast on ETV.

We truly believe that we will see Hans Nayna in the Grand finale of Eesti Laul. His powerful and smoky voice combined with the beautiful ballad makes an amazing harmony, and he knows how to send all the feelings to his listeners.

What do you think guys, can he be one of the international artists who will represent Estonia in the Eurovision Song Contest?

And stay tuned for our interview with Hans!